The Moral System Of Islam by Syed Maududi

MAN has been blessed with an innate sense of morality, which has served to guide him through the age, enabling him to distinguish between right and wrong and good and evil. Although the degree to which a certain quality is interpreted as being either good or evil may vary from person to person, there is more or less a universal consensus regarding the classification of what constitutes a moral deed or attribute and what does not. Thus, virtues such as bravery and truthfulness have always elicited praise. In contrast to this, we find that at no time in the history of man have qualities such as dishonesty and breach of trust ever been upheld or regarded as worthy of praise. Fidelity, magnanimity and integrity have always been valued, whilst selfishness, cruelty, miserliness and bigot, have never received the approbation of society at large. Perseverance, determination and courage are qualities that are much admired and appreciated by man, whereas impatience, fickleness and cowardice are given little consideration. Dignity, restraint, politeness and amiability have always been regarded as virtues as opposed to snobbery, arrogance and discourteousness, which have never been recognized as good moral qualities. A person who possesses a sense of responsibility and devotion to duty has always been high regarded and respected whilst he who is lazy, negligent of his duties and undisciplined is largely ignored and looked down upon.

Similarly, a society that is founded upon and actively promotes equality, justice and freedom is looked upon a positive light. A society in which injustice, disorganization, disunity and social imbalance manifest themselves is considered to be on the verge of collapse, having allowed itself to decay over time through the implementation of policies destructive to the very core upon which it is based. Robbery, larceny, murder, adultery and fraud have always been condemned. Slander, blackmail and bribery have never been regarded as wholesome social activities. Contrary to this, we of the aged, loyalty to friends, helping one's kith and kin in times of need, concern for neighbours, assisting the week and oppressed and nursing the sick are all activities that have been highly valued since the dawn of civilization.

People who are polite, sincere, upright, dependable, who are prompt in discharging their obligations to others, who live in peace and allow others to do likewise have always formed the core of any healthy society. Good and evil are not myths awaiting resurrection, they are a real part of our everyday lives and hence, Allah has blessed mankind with an inherent sense of right and wrong. Allah says in the Qur'an: "(Allah) has revealed to human nature the consciousness and the cognition of good and evil. " (Surah as-Shams: 8) The questions that now arise are: If the basic values of good and evil are universally recognized, why then, do varying patterns of moral behavior exist in the world? Why are there so many conflicting moral philosophies? Where does the root of these differences lie? What is the position of Islam with respect to other ethical systems? How can we justify the claim that Islam provides us with a perfectly balanced moral system? What is the distinctive contribution that Islam has made in the realm of ethics?

These questions are important and must be dealt with in a direct manner. However, given the limitations of space we shall only be able to touch upon these issues very briefly. The following points will serve to outline the answers to the above questions:

1. The present moral systems fail to integrate moral virtues and norms by prescribing specific limits and as a consequence of this, a balanced and coherent plan for social conduct has not been devised.

2. Each moral system presents a different interpretation of what is good and what is evil, hence moral standards differ. The vindication of a particular viewpoint is complicated further when we realize that the sanction or the authority behind it also differs from one system to another. Likewise, the theories that are formulated to determine the motives that impel someone to follow one pattern of behaviour as opposed to another also differ

3. We find on deeper reflection, that these differences emerge from the conflicting views and concepts regarding the universe, man's place in that universe and man's purpose of existence on Earth. The multitude of religions, philosophies, ideologies and theories that exist are a testament to and a reflection upon the diversity and the divergence of man's views in regard to these fundamental questions and others such as: Does God exist? What are His attributes? What is the relationship between man and God ? Will man be held accountable for what he does in this life? Why was man created?

A man's way of life and his patterns of moral behaviour will be determined by his response to the above questions. Once more due to a shortage of space we find ourselves unable to consider in depth the various ethical systems that exist in the world today, to expound the solutions proposed by each in response to fundamental issues and describe what impact these solutions have had on the moral evolution of societies founded on such concept. Therefore, in light of these limitations, we shall only consider the Islamic concept of morality.

The Islamic Concept Of Life And Morality

According to Islam, the universe is Allah's creation. He is the Sovereign and Sustainer of the universe. He is All Wise, All-Powerful, Omniscient. His Godhood is free from injustice and impartiality. Man is the creation of Allah, His subject and servant born to obey and worship Him. Man has been commanded to live his life in total compliance to the laws of Allah.

Over the course of time, Allah sent prophets to mankind to guide and instruct them in these matters. Man is given a choice as to whether or not he wishes to follow the message of the prophets and adhere to their teachings, yet whichever path he chooses he will be held accountable for it and any consequent actions based upon it. Hence, man's time on this earth may be perceived as an opportunity to prepare himself, as best he is able, for the life hereafter. Everyone is responsible for his own actions and no one be made to bear the burdens of another. Judgement Day provides incentive for all believers to act in accordance with the teachings of Islam, in the hope that they may achieve salvation.

The previous exposition of the Islamic concept of life and morality has shown us that the aim of man is to seek the pleasure of Allah. In Islam, this is a standard by which a particular mode of conduct may be judged and classified as being either good or bad. This standard provides the nucleus around which moral conduct should evolve. Man is not left like a ship without moorings to be tossed hither and thither at the mercy of the winds and the tides. Islam provides man with a stable and balanced set of values and norms for all morally-based activities. Moreover, in establishing the pleasure of Allah' as the objective of man's existence, windows of unlimited possibilities are opened for his moral evolution since, at no time will it be overshadowed by selfishness, bigotry, arrogance or pride.

Our knowledge of vice and virtue should not be based upon mere intellect, desire, intuition or experience, since these factors are subject to constant change, modifying themselves and evolving in accordance with the dictates of external influences. Thus, they are unable to provide us with definitive and categorical standards of morality. Rather, Islam provides us with Divine revelation embodied in the Qur'an and the Sunnah of the Messenger of Allah (may the peace and blessings of Allah be upon him). This source of knowledge prescribes a standard of moral conduct that is both permanent and universal, applicable to all times and circumstances. The Islamic moral code covers the smallest details of domestic life and extends to accommodate the broader aspects of national and international modes of behaviour. These regulations free us from the exclusive dependence upon any other source of knowledge.

The Sanction Behind Morality

The Islamic concept of the universe and man's place therein furnishes the sanction that must support all morally-based injunctions. Islam presents powerful arguments, with the aim of inducing mankind to abide by its principles of morality and to construct a political system that would enforce the moral law through its legislative and executive powers. Islam relies upon the inherent urge for good that resides in everyone's heart which in turn is based upon the love and fear of Allah, the awareness of accountability on the Day of Judgement and the promise of eternal bliss.

Thus, before enforcing any moral injunctions Islam seeks to implant firmly in man's heart the conviction that all his dealings in this We relate directly to Allah. A man may be able to conceal certain deeds from others, he may be successful in deceiving others but Allah is fully aware of that which has transpired. Allah is All- Knowing, All-Seeing, All-Wise. Allah knows man's innermost intentions and desires and thus, whatever man does in this life he cannot escape from the fact that one day he will die and be compelled to account for what has passed. On that Day there will be no advocation, no favours, no impartiality, fraud and deception will be of no avail; justice will be done.

Therefore, it has become clear that only a deep-rooted belief can motivate man to incorporate these moral injunctions into his everyday life. If popular opinion and the coercive powers of the state enforce these injunctions so much the better, otherwise the true believer must rely solely upon his faith in Allah.

Islam has furnished mankind with the highest possible standards of morality making Divine Pleasure one of man's main objectives in life.

Islam does not provide any novel moral virtues nor does it seek to minimize the significance of established moral norms. Morality is approached with a sense of balance and proportion assigning a suitable place and function to each moral virtue within the total scheme of life. Indeed, their scope of application is widened somewhat to cater for every aspect of man's life on both an individual and a collective basis from the cradle to the grave.

Islam enjoins upon man a way of life that promotes goodness and frees society from evil. Muslims are invoked not only to practice virtue but to actively establish it in their immediate environment and to eradicate vice and corruption. This task is the collective responsibility of the Muslims and it would be a day of mourning indeed if the efforts of a particular community were directed towards establishing evil and suppressing good. 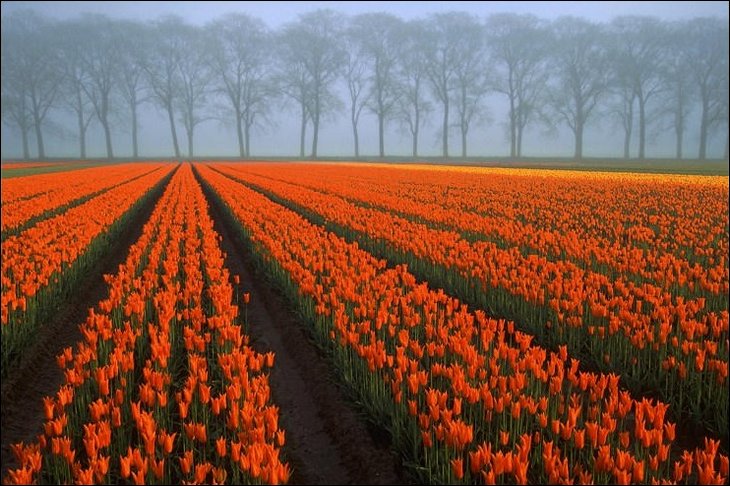