According to Surah Al-Asr, the first condition of salvation, or deliverance from this sheer destruction, is ‘Iman’ (faith). The word ‘Iman’ has been derived from ‘aman’ meaning peace. Its literal meaning is to provide peace and tranquillity. But in its technical sense the word ‘Iman’ is used with the prepositional letters ( Lam ) or ( Ba ) . In this form its literal meaning is to have trust in and to testify.

In order to understand the real meaning of ‘Iman’ (faith) it is necessary to realize that any man who has attained maturity of intelligence obviously starts thinking on perennial questions like ‘‘Who am I ‘?‘‘, ‘‘From where did I come ?‘‘, ‘‘What is the nature of the Universe ?“ and “What is the last destination of the journey of my life ?“ Those who have studied philosophy, know that throughout the history of human thought many thinkers continued to ponder over these questions, and tried to find satisfactory answers. Without an answer to these questions, a human being is in the dark, knowing little about his real self, or about the universe, or his own beginning, or the beginning or end of the Universe.

It is evident that these questions cannot be answered merely by our physical senses. As yet we have not been able to fathom the vastness even of the physical world. How can we have any knowledge of its beginning or end? Similarly, the question whether or not we had any existence before our creation in this world, and whether after death there will be any continuity of our existence or not, cannot be answered by our senses, because we cannot possibly peep into the world of existence either prior to our birth or beyond physical death. In short, man is utterly helpless to attain true and ultimate knowledge.

Despite these natural limitations, there have been in the history of mankind a number of persons who claimed that they had a special source of knowledge which they called ‘revelation’. On the authority of ‘revelation’ they knew for certain that this universe did not exist from eternity nor would to remain in existence for ever. It has been brought into existence by a Creator Who possesses all the attributes of perfection in their utmost degree of excellence, and He is Unique in His essence and attributes. He had always existed and will continue to exist for ever. It is He Who has created you, and your life is not the life of this world only, but He would again bring you back to life after death, and that life will be real and eternal. In that life of the Hereafter, you will face your rewards or punishments for your convictions, actions and pursuits during this life. This Creator and Master has assigned messengers from among men and given them the task of proclaiming these verities and the right way of living in this world so that men may be saved from sheer loss in the life Hereafter and may achieve success and eternal bliss. These Messengers are known as Prophets of Allah and the affirmation of our belief in them is called ‘Iman’ or belief in prophethood. This faith has two aspects: verbal confession and certainty in our hearts. We testify verbally that we believe in all prophets, and, according to their teachings, we believe in Allah with all His revealed attributes, and we believe in life after death, and in the day of judgement, in reward and punishment, and in hell and heaven. We also accept these verities with utmost certitude in our hearts. These two conditions constitute our faith or ‘Iman’ .

Faith is certitude about the Creator, man and the universe. It leads to two results:
The first is that a man’s internal anxiety must disappear and he must achieve inner peace and satisfaction, when, as a result of this faith, the natural inquisitiveness regarding his own identity and the nature of universe is gratified. This internal serenity is the gift of faith. That is why, etymologically, the Arabic word for faith is a derivative of the root word ‘aman’ which means peace.

The second is a reform of one’s actions and life-style. As the Socratic doctrine says ‘Knowledge is virtue, and ignorance is vice’. A believer should be adorned with high morals and virtuous deeds, and should be free from inferior and degrading actions. This second point is very important because it shows that ‘faith’ and ‘action’ are linked, that faith (Iman) and righteous deeds (Amal-i-Saleh) are interrelated. Compare for a moment two men. One thinks that this universe has come into existence accidentally and that its entire system and organization is running automatically. The second acknowledges that there is an Almighty, Allknowing, All-wise, All-powerful, Supreme Being, Who has ordained and created this cosmos and that He is the Ordained Who has ordained this Universe and everything in it, and it is running according to His decrees. Is it possible that the life attitude and actions of these two persons would be similar? Would not there be a tremendous difference between their attitudes and behaviour?

Similarly, one man thinks that this life which he is leading in this world is the only life and there is no life after death, there is no accountability, no responsibility, no reward or punishment. Another man is sure that the real and everlasting life will begin after death, that the life of this material world is nothing but a preamble of that real life which will start in the Hereafter, and that after death every person will be answerable not only for every action, but for every word and thought. The attitudes and actions of these two would necessarily be different. It is quite easy to conclude that the goal of life of the former would be to enjoy every minute of this life, as there is no life after it. And in this gratification of the instinct of enjoyment, he might not distinguish between right and wrong, lawful and unlawful. But the second man would take every step in his life with caution and he would be conscious of his responsibility at all times. A man’s faith necessitates tremendous transformation in his life.

Please do understand clearly that the idea commonly held in our society that ‘faith’ and ‘action’ are separate is only true about the legal aspect of ‘faith’. In this society a man is considered and pronounced a Muslim on the basis of verbal confession only. We cannot possibly include his action and conduct in this. But that genuine ‘faith’ which includes certainty of one’s heart and soul must bring a transformation in one’s actions. If one’s daily life is not changed, this is an absolute proof that genuine ‘faith’ does not exist in his heart. His faith is no more than a profession.

This truth has been clarified by the Holy Prophet Muhammad (peace be upon him) in many ofhis traditions and sayings. He said:

“A man who betrays his trust has no ‘faith’, and the person who does not fulfil his promise has no religion.”

Now think over it and see how beautiful is our Prophet’s way of expression, and how the thought expressed is as clear as a basic mathematical proposition. Similarly, once the Prophet of Islam (peace be upon him) swore three times, saying:

Just see how emphatically the Holy Prophet has referred to the complete negation of faith and that too not on account of committing a major sin, such as, polytheism, unjustified murder, adultery, theft or robbery, but only on account of something normally regarded as merely poor behaviour. Is there any justification after this for thinking that ‘faith’ and ‘action’ are separate things and are not co-essential and interrelated? This is why in order to remove this misunderstanding completely the Holy Quran consistently mentions righteous deeds as the accompaniment of ‘faith’.

So long as faith is confined to the stage of verbal confession and it is limited upto an utterance of words only, actions can be exactly the opposite of it, because the contradiction of word and actions is very commonly found in this world. But when faith reaches a state of certainty in our heart, when it penetrates our heart and soul and becomes an unshakable conviction, then our actions will necessarily be changed because the actions of a man are based on his belief and conviction. For example, we know that fire can burn us, so we would never put even a finger in it. Even suspicion can influence our actions. We know that all snakes are not poisonous, but still even if we suspect that a particular snake might be poisonous, we keep away from it. Now if a person believes with utmost surety that Allah exists and that He is All-seeing, All-hearing, All-knowing; that every movement of his, every word which he utters and, more than this, even every intention of his heart is known to Him; that after death, he shall have no alternative but to present himself before Him, and shall have to give full account of his entire life, with no chance of escaping from the grip of His punishment, nor any hope of deliverance through ransom or intercession; then that man, believing all these things firmly, would not dare to lead a sinful life. This is the condition which has been described in the following saying of Prophet Muhammad (SAW):

In fact these sins are committed only at a time when due to one reason or another the real faith of a man has dissipated or vanished from his heart. Faith and righteous deeds are interdependent and each of them is essential for the other. Righteous deeds, good morals and a lofty character aresine qua non of true faith. This is why in Surah Al-’Asr’, after faith, righteous deeds have been mentioned as a necessary condition of salvation.

(Excerpts taken from The Way of Salvation’ by Dr. Israr Ahmad) 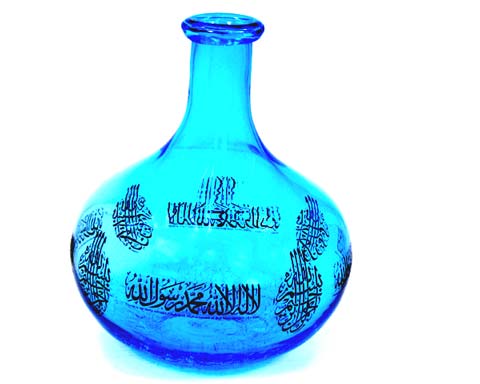 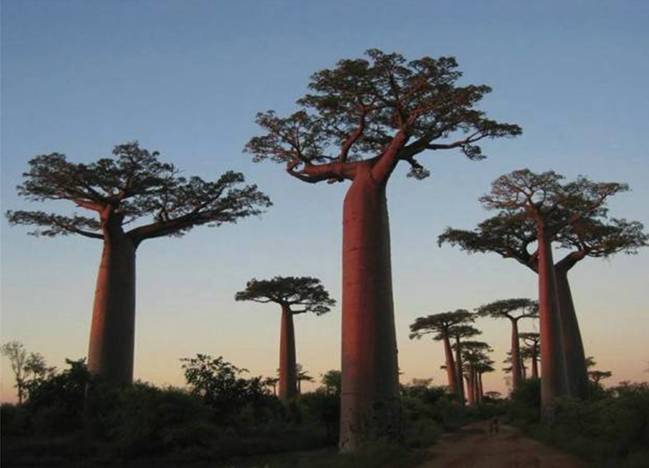