Said ibn Aamir al-Jumahi was one of thousands who left for the region of Tanim on the outskirts of Makkah at the invitation of  the Quraysh leaders to witness the killing of Khubayb ibn Adiy, one of the companions of Muhammad whom they had  captured treacherously.

With his exuberant youthfulness and strength, Said jostled through the crowd until he caught up with the Quraysh leaders,  men like Abu Sufyan ibn Harb. and Safwan ibn Umayyah, who were leading the procession.

Now he could see the prisoner of the Quraysh shackled in his chains, the women and children pushing him to the place set  for his death. Khubayb's death was to be in revenge for Quraysh losses in the battle of Badr.

When the assembled throng arrived with its prisoner at the appointed place, Said ibn Aamir took up his position at a point  directly overlooking Khubayb as he approached the wooden cross. From there he heard Khubayb's firm but quiet voice amid  the shouting of women and children.

"If you would, leave me to pray two rakaats before my death." This the Quraysh allowed.

Said looked at Khubayb as he faced the Kabah and prayed. How beautiful and how composed those two rakaats seemed!  Then he saw Khubayb facing the Quraysh leaders.

"By God, if you thought that I asked to pray out of fear of death, I would think the prayer not worth the trouble," he said.

Said then saw his people set about dismembering Khubayb's body while he was yet alive and taunting him in the process.

"Would you like Muhammad to be in your place while you go free?"

With his blood flowing, he replied. "By God, I would not want to be safe and secure among my family while even a thorn  hurts Muhammad." People shook their fists in the air and the shouting increased. "Kill him. Kill him!"

Said watched Khubayb lifting his eyes to the heavens above the wooden cross. "Count them all, O Lord," he said. "Destroy  them and let not a single one escape."

Thereafter Said could not count the number of swords and spears which cut through Khubayb's body.

The Quraysh returned to Makkah and in the eventful days that followed forgot Khubayb and his death. But Khubayb was  never absent from the thoughts of Said, now approaching manhood. Said would see him in his dreams while asleep and he  would picture Khubayb in front of him praying his two rakaats calm and contented, before the wooden cross. And he would  hear the reverberation of Khubayb's voice as he prayed for the punishment of the Quraysh. He would become afraid that a  thunderbolt from the sky or some calamity would strike him.

Khubayb, by his death, had taught Said what he did not realize before--that real life was faith and conviction and struggle in  the path of faith, even until death. He taught him also that faith which is deeply ingrained in a person works wonders and  performs miracles. He taught him something else too, that the man who is loved by his companions with such a love as  Khubayb's could only be a prophet with Divine support.

Thus was Said's heart opened to Islam. He stood up in the assembly of the Quraysh and announced that he was Rex from  their sins and burdens. He renounced their idols and their superstitions and proclaimed his entry into the religion of God.

Said ibn Aamir migrated to Madinah and attached himself to the Prophet, may the peace and blessings of God be upon him.  He took part with the Prophet in the battle of Khaybar and other engagements thereafter. After the Prophet passed away to  the protection of his Lord, Said continued active service under his two successors, Abu Bakr and Umar. He lived the unique  and exemplary life of the believer who has purchased the Hereafter with this world. He sought the pleasure and blessings of  God above selfish desires and bodily pleasures.

Both Abu Bakr an(l Umar knew Said well for his honesty and piety. They would listen to whatever he had to say and follow  his advice. Said once came to Umar at the beginning of his caliphate and said.

"I advise you to fear God in dealing with people and do not fear people in your relationship with God. Let not your actions  deviate from your words for the best of speech is that which it confirmed by action. Consider those who have been  appointed over the affairs of Muslims, far and near. Like for them what you like for yourself and your family and dislike for  them what you would dislike for yourself and your family. Surmount any obstacles to attain the truth and do not tear the  criticisms of those who criticize in matters prescribed by God.

"Who can measure up to this, Said?" asked Umar. "A man like yourself from among those whom God has appointed over the  affairs of the Ummah of Muhammad and who feels responsible to God alone," replied Said.

"Said," he said, "I appoint you to be governor of Homs (in Syria)." "Umar," pleaded Said, "I entreat you by God, do not cause  me to go astray by making me concerned with worldly affairs."

Umar became angry and said, "You have placed the responsibility of the caliphate on me and now you forsake me." "By God.  I shall not forsake you," Said quickly responded.

Umar appointed him as governor of Homs and offered him a gratuity. "What shall I do with it, O Amir al Mumineen?" asked  Said. "The stipend from the have al-mal will be more than enough for my needs." With this, he proceeded to Homs.

Not long afterwards, a delegation from Homs made up of people in whom Umar had confidence came to visit him in Madinah.  He requested them to write the names of the poor among them so he could relieve their needs. They prepared a list from  him in which the name Said ibn Aamir appeared.

"Who is this Said ibn Aamir?" asked Umar

"Our amir" they replied.

"Yes," they affirmed, "By God, several days go by without a fire being lit in his house."

Umar was greatly moved and wept. He got a thousand diners, put it in a purse and said, "Convey my greetings to him and  tell him that the Amir al Mumineen has sent this money to help him look after his needs."

The delegation came to Said with the purse. When he found that it contained money, he began to push it away from him,  saying, "From God we are and to Him we shall certainly return."

He said it in such a way as if some misfortune had descended on him. His alarmed wife hurried to him and asked, "What's the  matter, Said? Has the Khalifah died~"

"Something greater than that."

"Have the Muslims been defeated in a battle?"

"Something greater than that. The world has come upon me to corrupt my hereafter and create disorder in my house. "

"Then get rid of it," said she, not knowing anything about the diners.

"Will you help me in this?" he asked.

She agreed. He took the diners, put them in bags and distributed them to the Muslim poor.

Not long afterwards, Umar ibn al-Khattab went to Syria to examine conditions there. When he arrived at Homs which was  called little Kufah because, like Kufah, its inhabitants complained a lot about their leaders, he asked what they thought of  their Amir. They complained about him mentioning four of his actions each one more serious than the other.

"I shall bring you and him together," Umar promised. "And I pray to God that my opinion about him would not be damaged. I  used to have great confidence in him."

When the meeting was convened, Umar asked what complaints they had against him.

"He only comes out to us when the sun is already high," they said.

"What do you have to say to that, Said?" asked Umar.

Said was silent for a moment, then said, "By God, I really didn't want to say this but there seems to be no way out. My family  does not have a home help so I get up every morning and prepare dough for bread. I wait a little until it rises and then bake  for them. I then make wudu and go out to the people."

"What's your other complaint?" asked Umar.

"He does not answer anyone at night," they said.

To this Said reluctantly said, "By God, I really wouldn't have liked to disclose this also. but I have left the day for them and  the night for God, Great and Sublime is He."

"And what's your other complaint about him?" asked Umar.

"He does not come out to us from one day in every month," they said.

To this Said replied, "I do not have a home help, O Amir al-Mumineen and I do not have any clothes except what's on me.  This I wash once a month and I wait for it to dry. Then I go out in the later part of the day."

"Any other complaint about him?" asked Umar.

"From time to time, he blacks out in meetings," they said.

To this Said replied, "I witnessed the killing of Khubayb ibn Adiy when I was a mushrik. I saw the Quraysh cutting him and  saying, "Would you like Muhammad to be in your place?" to which Khubayb replied, "I would not wish to be safe and secure  among my family while a thorn hurts Muhammad." By God, whenever I remember that day and how I failed to come to his  aid, I only think that God would not forgive me and I black out."

Thereupon Umar said, "Praise be to God. My impression of him has not been tainted." He later sent a thousand diners to  Said to help him out. When his wife saw the amount she said. "Praise be to God Who has enriched us out of your service.  Buy some provisions for us and get us a home help."

"Is there any way of spending it better?" asked Said. "Let us spend it on whoever comes to us and we would get something  better for it by thus dedicating it to God." "That will be better," she agreed.

He put the diners into small bags and said to a member of his family, "Take this to the widow of so and so, and the orphans  of that person, to the needy in that family and to the indigent of the family of that person."

Said ibn Aamir al-Jumahi was indeed one of those who deny themselves even when they are afflicted with severe poverty. 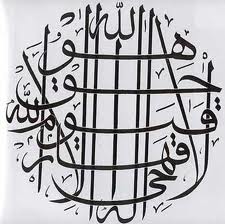